Academics were something that Miriam just couldn't grasp; maths and second language were her worst subjects. Passing these two papers would take a miracle! She’s never passed maths or second language from the start.
As the years went by though, Miriam through a lot of hard work and perseverance managed to get a high first class in her 10th board exams. Then just like the rest of the lot, she started college and took the ARTS field. No maths no language. Her three years in college were the best! Making new friends, getting to know the teachers and also found lifelong friend there. Both, after college decided to start work, they decided that they would take a break from the books. Both got jobs as writers and they realized that learning from the school of life gives you a whole different level of knowledge and experience.

Pros and cons of studying more or working

Many people say that getting a higher education like at least a Masters is essential. But is it really? You’d be learning from a book and hearing about other peoples’ experience in the ‘real world.’ When you work though, you get first-hand experience of everything your text book tells you.
So it stands to reason, should you or your child pursue a higher education or start work and learn from the book of life? This article will make your decision a lot easier http://bit.ly/1CLrJJr

We give your child everything, from a well rounded education to various athletic activities and extracurricular fun things to do. We prepare them for the outside world and get them ready to face whatever their future outside of school may hold.
Follow this link to know more about us http://lawrenceschool.in/
Posted by Unknown at 00:53 No comments:

“I had to train myself to focus my attention. I became very visual and learned how to create mental images in order to comprehend what I read. ”- Tom Cruise

It’s not an issue
Shweta was born with a wild imagination and came up with stories that went interstellar that took her characters outer space or deep in the jungle or even living a city life. Her characters travelled this world and others. All these stories were told verbally to her family or anybody who would listen, she wouldn’t write them down even when told repeatedly that it’ll be a good idea to have her stories written on paper but Shweta refused that.
As the years went by her parents noticed that she just couldn’t grasp languages or when she wrote her spellings were not at the level it should be, she wasn’t at par with her fellow students when it came to that. She was a voracious reader but still she got confused especially with the vowels. She’d constantly be misplacing the “I” and “E” in words that have both these alphabets. She couldn’t get through Math and her second language which was Kannada... finally when she made it to high school and her spellings hadn’t improved her parents decided that enough was enough and tested her mental ability. The tests were conclusive and proved that she had dyslexia.

Dyslexia isn’t the end of the world, Shweta graduated with a degree in ARTS and with the help of spell check and the dictionary (which has become her best friend) she now writes down her stories and has been told more than once that her creativity and imagination was incomparable...
Don’t fret if you’re seeing these signs in your children. It really isn’t a learning disability because children with dyslexia are proven to be very successful in a more creative and out-of-the-box manner. Instead celebrate their difference and encourage the creativity that overflows from them... here’s an interesting read about dyslexia and how it’s a non issue http://bit.ly/18AzWDO

Lawrence School
We believe that children with dyslexia have a great potential and we recognize that they are gifted in other areas that non dyslexic children have. We help them have a holistic and well rounded education irrespective of the fact that they are dyslexic. We help them achieve and rise in the fields they are good at http://lawrenceschool.in/
Posted by Unknown at 00:01 No comments: 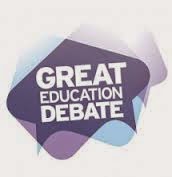 “Education is the most powerful weapon which you can use to change the world.” –Nelson Mandela.
That is why another famous quote is “the pen is mightier than the sword”, both these statements ring true. That is precisely why in May 1933 the Nazi regime burnt many books published, only because people were reading more and learning about the world around them and about their rights and safety.

My right to education

Being able to read and write is a basic human right that every individual irrespective of their age, gender or status in life should and must have. In our country even to this year, 2015 the ratio of illiterate to literate is still on the raise. We are striving for free primary education for all children. But sadly we are lagging behind on this front especially when it comes to girls being educated. Many still agree that a woman’s place is in the kitchen and to raise a family. Times are changing though and our country is coming together as one to stand united for this cause. Education must not be ignored and be a basic human right.

It is a known fact that @aamir_khan is a strong believer in education for all. He’s a big part of the #TeachForIndia initiative and this is what he says about education in our country http://bit.ly/1EoJQF0

We at Lawrence not only place a great importance on education but extra-curricular activities as well, to give your child a well rounded education and prepare them for a life in the outside world. To know more about us http://lawrenceschool.in/
Posted by Unknown at 23:34 No comments:

How to make your mom feel special 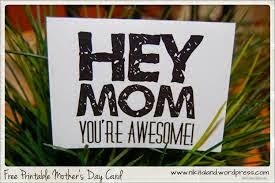 “Mom will you stop calling? It’s only 8:30 I’ll be home before 10:30 I promise.” Every evening 8:30 on the dot either Jane’s mom or dad will call and remind her about her curfew that she keeps pushing. It was a routine; soon after school Jane would go over to her friend’s house and hang out there for a while. Every evening Jane would push her curfew and be out doing everything a rebellious teen girl would do. Her mom Pam was a teenage girl once and knew exactly what she did at that age. So obviously she worried a lot about her Jane.
There was always an argument that broke out at home whenever Jane came in past her curfew. This wasn’t a nice thing to come home to and Jane wanted it to change. She also wondered how she could show her mom how much she means to her. Every time she tried to tell her mom, she would just say “actions speak louder than words, Jane.” After much thinking and talking to her friends, Jane decided to change her routine and be home early instead. She started spending more time with her mom, helping her out with household chores and what not. Her mom wondered about the change but she didn’t question it, instead she invited it.

Show your mom you love, cherish and respect her

Those were but a few ways that Jane showed her mom that she loves and cares for her. Here are more ways that you could use to treat your mom and get her to feel special and loved http://bit.ly/17N42DG

Its three days before all the women in the world are celebrated. We at Lawrence would like to take this opportunity to wish all the women a very happy International Women’s Day! May all your dreams come true.
To know more about us http://lawrenceschool.in/
Posted by Unknown at 01:37 No comments: