Tips for mothers and fathers to be

The nesting period
The maternal instincts kick in for women generally in their mid-20s and can go on till they actually have a baby. During the fifth month of pregnancy; the "Nesting" instinct can set in. This is an uncontrollable urge to clean one's house brought on by a desire to prepare a nest for the new baby, to tie up loose ends of old projects and to organize your world. This can be a very anxious time for both parents and not just for the mom. The dad has to do the running around to address her midnight cravings and all sorts of weird demands for extra spicy or sweet foods. To know more about this nesting period that happens in every female species, click here http://bit.ly/1ptwkpm

Tips for moms and dads from book to movies and more
‘What to expect when you’re expecting’ is a famous book written by Sharon Mazel and Heidi Murkoffwhich brought to the big screen with a star-studded cast that includes Cameron Diaz, Jennifer Lopez, Elizabeth Banks, Chace Crawford, Anna Kendrick, Matthew Morrison, Dennis Quaid and Chris Rock. To watch the movie online click here http://bit.ly/1t28Yws or if you’re one of those people who’d rather read the book click here to buy your copy now http://bit.ly/1rWZI7g

After you’ve read this book and watched the movie and are still apprehensive about being a new parent or this book/movie didn’t ease your worries there are plenty other options available. It’s not called the World Wide Web for no reason; here are tips for the new mommies and daddies to be http://bit.ly/1x06qOm

About Lawrence School
We are to help guide the parents of our kids in every way possible. We deal best with young children and teens and are here to give your child the best quality education. We strive to nurture the unique talents and abilities of our students enabling them to experience a brighter and better tomorrow. When your child is with us, you can rest assured that he/she will be taken care of well and given the best education.
Posted by Unknown at 22:48 No comments:

Mistakes happen
Last week we discussed on managing pre-teens and gave you tips on this universally challenging issue. We also mentioned that you’re not alone and that every pre-teen or teenager (as we discuss in this blog) displays more or less similar characteristics. Teenage period in a person’s life is said to be very confusing and a time where mistakes happen. It’s perfectly alright to make mistakes but learn from them. There are two kinds of people - those that learn from their own mistakes and those that learn from others mistakes. Go back in time to when you were a teen, what kind of person were you? 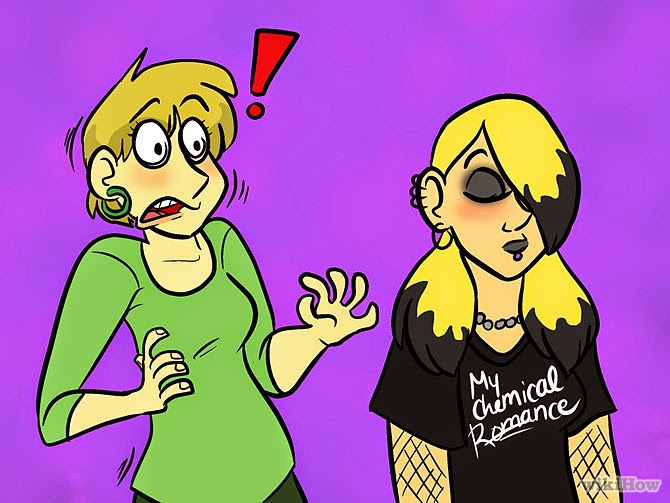 Maggie is a mother of a 23 year old daughter but both of them remember the time when Trupti was in her teens and both agree it was a difficult time. Trupti was rebellious; she talked back and was very adamant. She had to win every argument and didn’t like it when things didn’t go her way. She also didn’t take anything seriously. She would waste too much time on unnecessary things like spending hours in front of the computer or on her phone. She was addicted to her phone which would constantly beep whether they were eating, watching TV or spending time as a family.
Comedian and talk show host Ellen Degeneres tried something recently when she put a typewriter and an old telephone in front of kids and they had no clue how to work them. It’s important that kids know the importance of old gadgets as well as modern ones. They should especially know the importance of books and not electronic gadgets.

Dealing with teenagers
If you’re reading this, are a parent of a teenager and are facing all the issues we’ve written about (see your kid in Trupti) then you are certainly not alone. Relax, there are thousands out there grappling with the same challenge like you are. To read up on tips on how best to handle your teen click here http://mayocl.in/1vXcmbw
Posted by Unknown at 13:21 No comments: 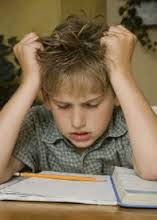 Amy loves to read and always lists this as one of her favourite ‘to do’ things. The author she loves is Sidney Sheldon, the way he writes, sketches characters, the many twists and turns of the plot... What fascinates her is the way she can travel through time and space just by sitting in the comfort of her home. Amy also enjoys thrillers and mysteries and loves to read conspiracy theories - about famous singers who are thought to be dead but are actually alive, like Tupac Shakur, Elvis and Johnny Cash.

Her love for reading didn’t come to her very early. There was a time when she was younger and couldn’t read. Amy was a slow learner and took longer than peers. She was around eight or nine when she grasped the concept of stringing words together to form a sentence.

Early signs of difficulty
There are many such cases where children learn things late and are slow bloomers. This isn’t something to worry about because they will learn as they grow. Children show many signs early on and if detected measures could be taken to tackle the issue. One thing to look out for is the way they handle spellings and the interchange of letters and numbers - a sign of dyslexia. This isn’t a major issue either because many of the brightest minds and celebrities are dyslexic. Albert Einstein was one and so is Tom Cruise. There are sure signs and to know more about it and how you can identify it early. For more information, click here http://bit.ly/YGvGOi

Lawrence School
To help your child experience a better and brighter tomorrow our faculty consisting of qualified and experienced professionals work to inspire and motivate their wards to foster creativity and growth.

Recently we found Sudoku stars among our students who won various prizes at a Sudoku event. To know more about our school and what we stand for, click on http://bit.ly/1sWMwEo

We are here to give your child the best quality education and strive to nourish all the unique talents and abilities of our students enabling them experience a brighter and better tomorrow. When your child is with us, you can be rest assured that he/she will be taken care of well and given the best education.
Posted by Unknown at 03:53 No comments: