Priyanka was the youngest of four kids with two elder brothers and one elder sister. There was quite an age gap between Priyanka and them with the oldest being 12 and she only a baby. Being the youngest, she was spoiled rotten, especially by her two elder brothers, who saw her as their little princess, they should protect. 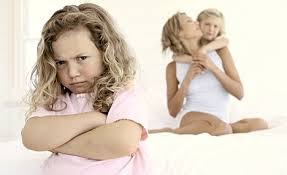 Priyanka grew up being the apple of not only her father’s eyes, but her brothers as well. With all the excitement of a new baby sister, the other one wasn’t given as much attention as she was accustomed to.
As the years went on Priyanka’s parents noticed a considerable difference between the way the boys treated her and the way her sister did. Trupti (the sister) wouldn’t take Priyanka anywhere with her and wouldn’t spend time with her. But the boys on the other hand, adored her and took her to most places with them.

Priyanka grew up a well-adjusted child, even though she wasn’t getting the older sister’s attention much. Of course, she did have the older brothers’ relationship that can only be described as magical.
Not all kids grow out of the sibling rivalry phase and sometimes it can be very difficult with both of them vying for the older people’s attention. It can cause many conflicts between the two siblings and disrupt a peaceful surrounding. If you’re someone who identify’s with this write up, then you should click this link for useful tips on how to deal with sibling rivalryhttp://bit.ly/1xYN9PV

Our staff and teachers are well equipped and trained to handle any situation when your child is in our care. If you have children of the same age or with a difference of a year or two and if you’ve noticed a rivalry developing between them, don’t worry as our teachers know the best way to tackle this issue. Your kids will get a well balanced life at our school. To know more click here http://bit.ly/1tEBfuJ
Posted by Unknown at 02:28 No comments:

Time to choose a pediatrician
Choosing a pediatrician can be daunting and finding the right one is time consuming. Couples start looking out for good pediatricians long before the baby arrives, there are so many all around the city all boasting the best of the best. But how do you know for sure if this one is the one for your baby.
Tom and Katy were trying for a baby but were unsuccessful for a very long time, there was a point when they thought they wouldn’t be able to have their own kids and this was very discouraging. They had planned everything out from their finances to which school would be best. They also had a list of rare baby names. As time went by and Katy wasn’t conceiving all these preparations seemed void now. Miracles do happen and just when they were giving up hope they conceived. They had everything planned, but they hadn’t thought about a pediatrician, the most important thing, so now with renewed enthusiasm they started extensively looking out for the perfect pediatrician for them. 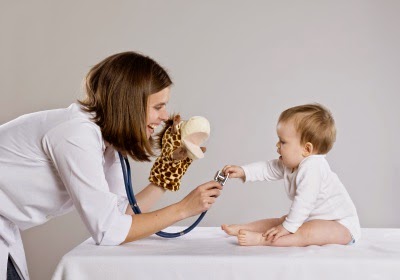 Tips to finding the best pediatrician
As mentioned earlier, it is very hard choosing the best doctor for your new baby. There are so many choices, so many hospitals. It's confusing and can be tiring and cause arguments between the soon to be new parents. All of this can be sorted very simply, all you have to do is click this link http://bit.ly/10PFl6k it’ll give you the best tips to choose your pediatrician.

Lawrence
We are to help guide the parents of our kids in every way possible, we deal best with young children and teens and we are here to give your child the best quality education and strive to nourish all the unique talents and abilities of our students enabling them to experience a brighter and better tomorrow. When your child is with us, you can be rest assured that he/she will be taken care of well and given the best education.
To know more about us click here http://bit.ly/1tEBfuJ