English grammar—5 ways you can improve your grammar

If anything works the best when it comes to language, it’s a good accent and impeccable grammar. Quite often we end up making some petty mistakes with our grammar even though our fluency in the language maybe excellent. 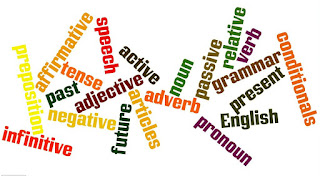 1.      Agree with the subject-verb agreement

There are many words in English that sound the same, and often, in hurry we end up using the wrong word in place of the right one. We must pay close attention to the meaning the word is making in a sentence, rather than jotting it down in a flow of hurry.

Some other examples include misuse of “weather” and “whether,” “then” and “than,” “you’re” and “your,” etc.

3.      Know the difference between adverbs and adjectives

For attaining the right grammar, one needs to understand the difference between an adjective and adverb. While an adjective defines a noun or a pronoun, adverbs are used to define a verb.
For example:

The benefits of reading are multidimensional. You get to learn a list of new words and increase your vocabulary, improve your writing skills and also your grammar as regular reading lets you understand about proper sentence structures more and more and helps you polish your grammar.

There is a list of mobile phone apps that help you correct your grammar and also learn new words. Additionally, you should always take help of MS word grammar checker to ensure whatever you write is grammatically correct.
Posted by Unknown at 03:23 No comments:

Growing up with imaginary friends—Should you be concerned?

Phew! The list of aspirations for a kid is always a never ending one. With ambitions, dream jobs and hobbies changing every day, every minute, there are a plethora of things that kids do. Some of which amuse us, some surprise us, while some worry us.

While it is only common for kids to have their own perceptions about things, which of course, change as they watch and learn, and grow up, some things, however, remain somewhat stagnant. One such thing is having imaginary friends. 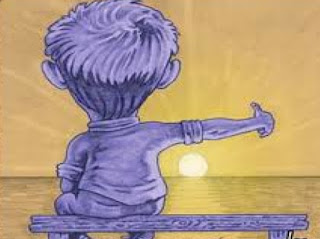 It differs from kid to kid how the imaginary character created by them or to an extent by the society blends in their lives.

How by the society, you may ask? Well, characters like Santa Claus and Tooth Fairy, which are definitely not real, but we raise our kids making them believe in these characters. No, it is not wrong to introduce them to these characters since they are an integral part of childhood, but we must know that children need to be aware about the difference between fictional characters and real ones.

It is beyond doubt that kids these days are more aware than kids of prior generations, thanks to rapid developments in technology and communications, but despite such progresses, there are many children who become prone to psychological identity disorders, as they grow up believing something and someone to be real, when they are not.

Sometimes, getting neglected by parents, avoided by peers, and harshly treated by people can have a grave impact on their minds, and they may end up finding solace in a friend, whose existence isn’t even real. What can be worse is its intensity may get magnified and as they grow older, they may end up getting diagnosed with identity disorders, jeopardizing their mental states.

While psychologists say that it is normal for kids to confide in their imaginary buddies or pets, as a part of growing up, they also suggest that parents need to step in when it gets too serious and continues after their kids have attained a certain age of maturity.

It is very important for parents to look out for such elements from their kids’ early childhood days. Share stories with them, introduce them to fictional characters, but make sure that they treat them as fiction and not reality.

Spend as much time with them as possible, and make sure they don’t feel neglected.

Keeping these simple points in mind can actually help them understand and appreciate life better, and remain as close to reality as possible, rather than finding solace in something that is only an illusion.
Posted by Unknown at 22:22 No comments: